A different game set in China could be the next game you can play with your family, friends, and colleagues. It is a long swinging bridge-like where players are set to balance out or else, they will fall in the water, a sign that they lost the game.

It challenges one’s stamina and sense of balance. In order not to fall into the water, the player should calmly execute a strategy. In the video, there are 7 players such as 4 men and 3 women who are set to fight over the men in black swinging the hammock-like bridge. The first three guys fell down easily, losing their balance. On the other hand, the three women had a hard time trying to keep closer together as the man in white is taking things cool.

Eventually, the women fell not in a nice but funny way. Moreover, the man in white as the last man standing kept things calm for a while as if he is in the movie, Shaolin Soccer. He mocks and makes funny faces while facing the guys in black uniform who shakes the platform.

This game stirs excitement and fun that every set of individuals can play. From this, you will learn how to balance and challenges you to strategize on the spot.

Players are set and trying to balance out. 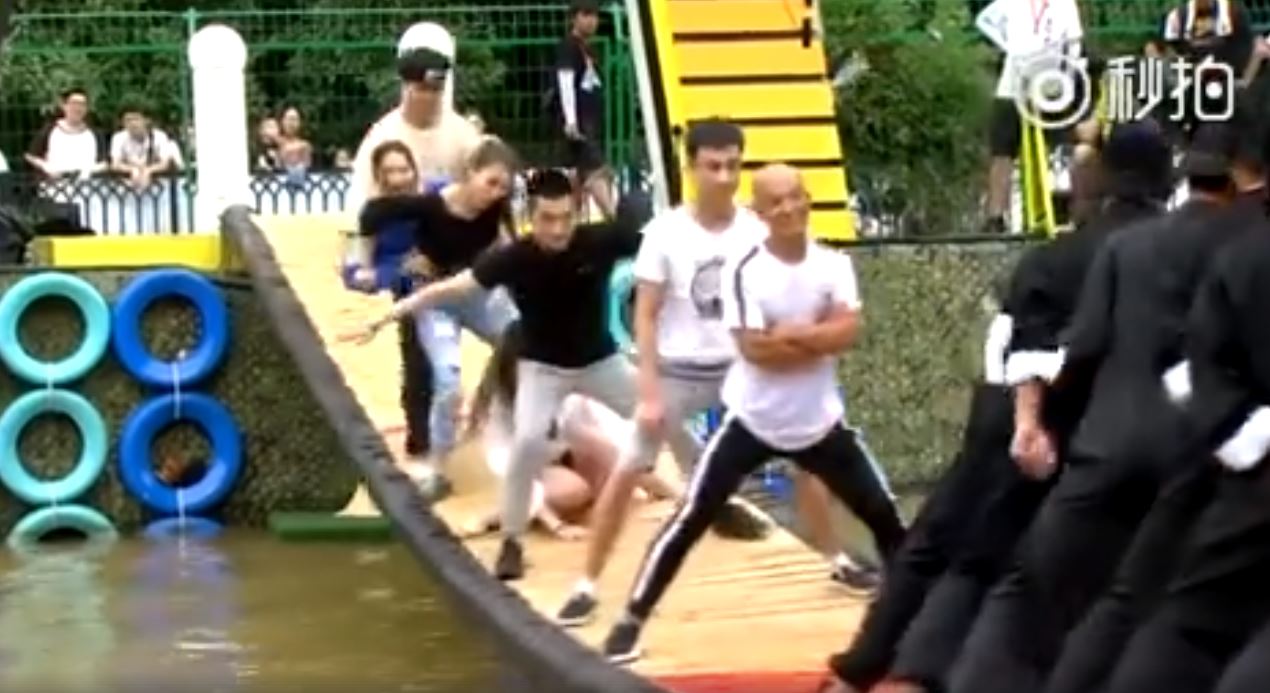 The group not in uniform can be seen trying to hold and keep things together. 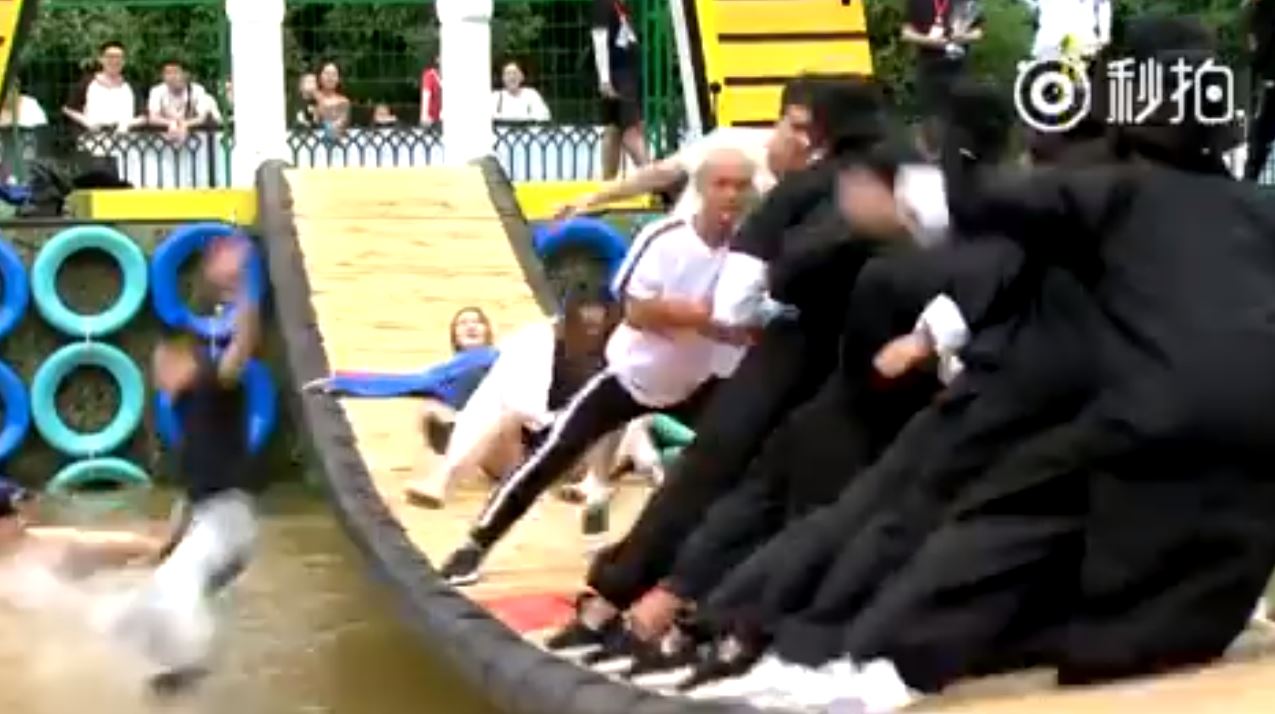 The three women are having a hard time to balance as the other guys fell down earlier. 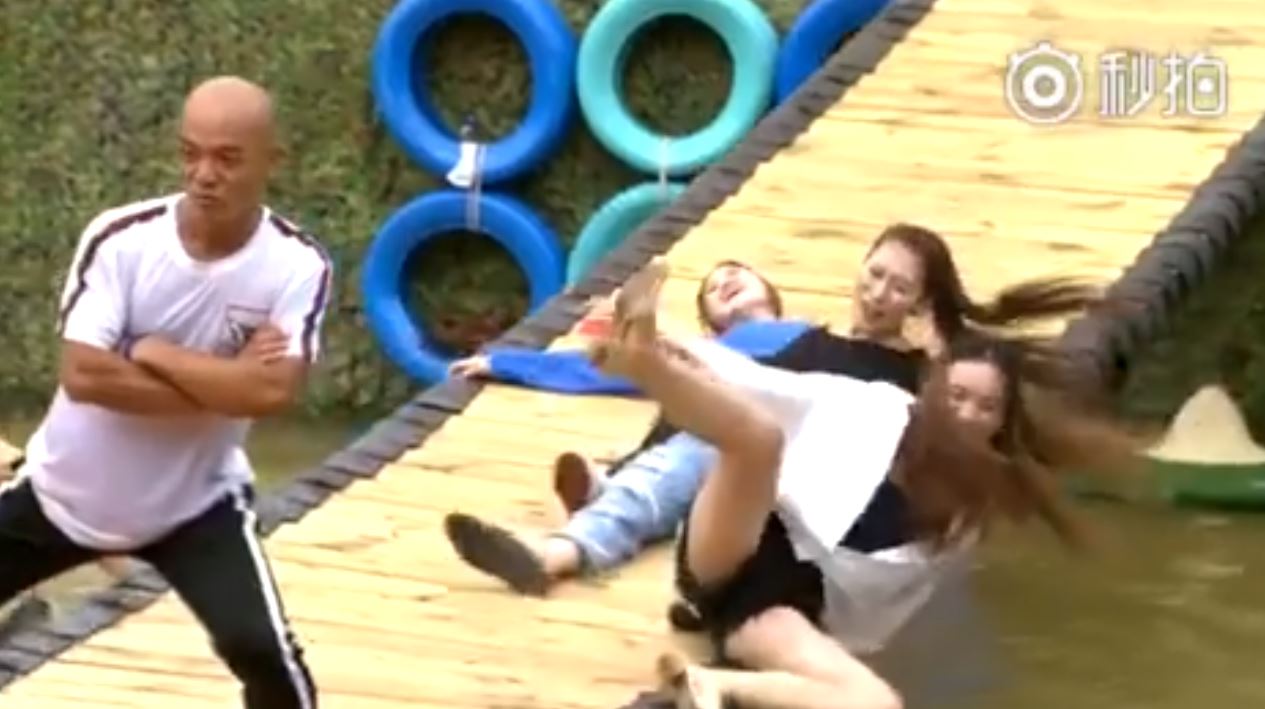 The man in black shirt appeared to let himself fall as if giving up already. 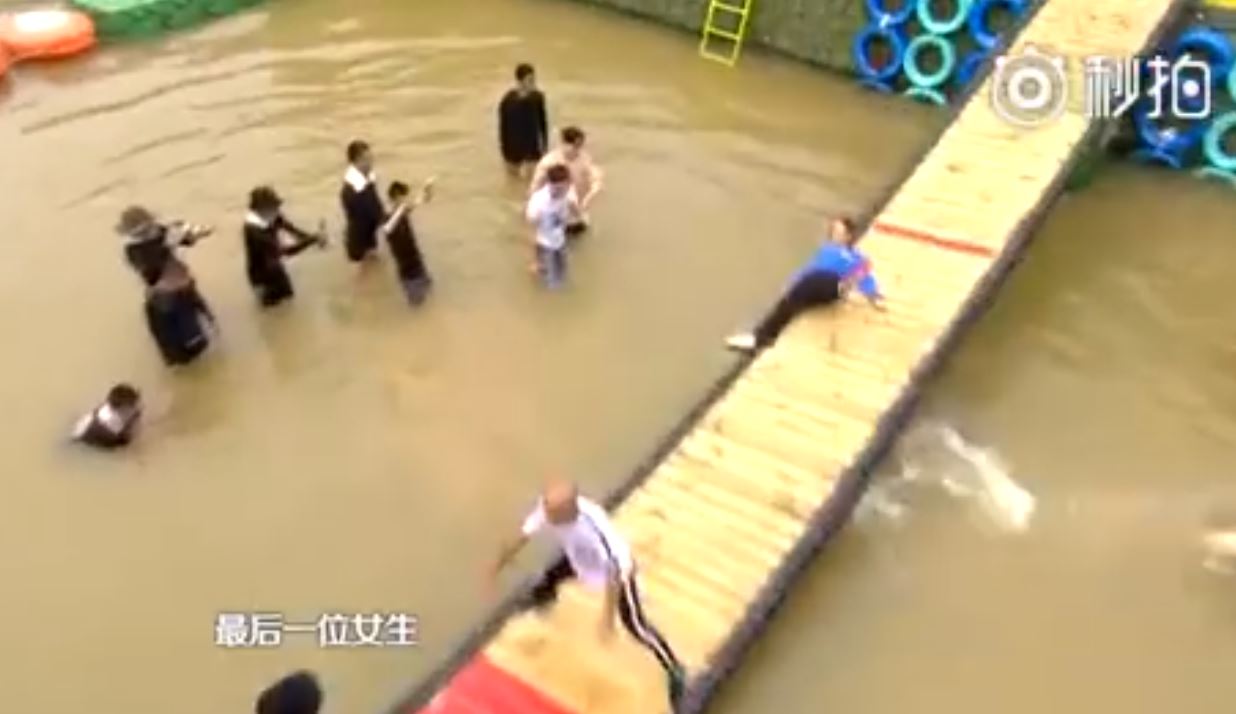 The man in the white shirt who calmly plays the game is the last man standing. 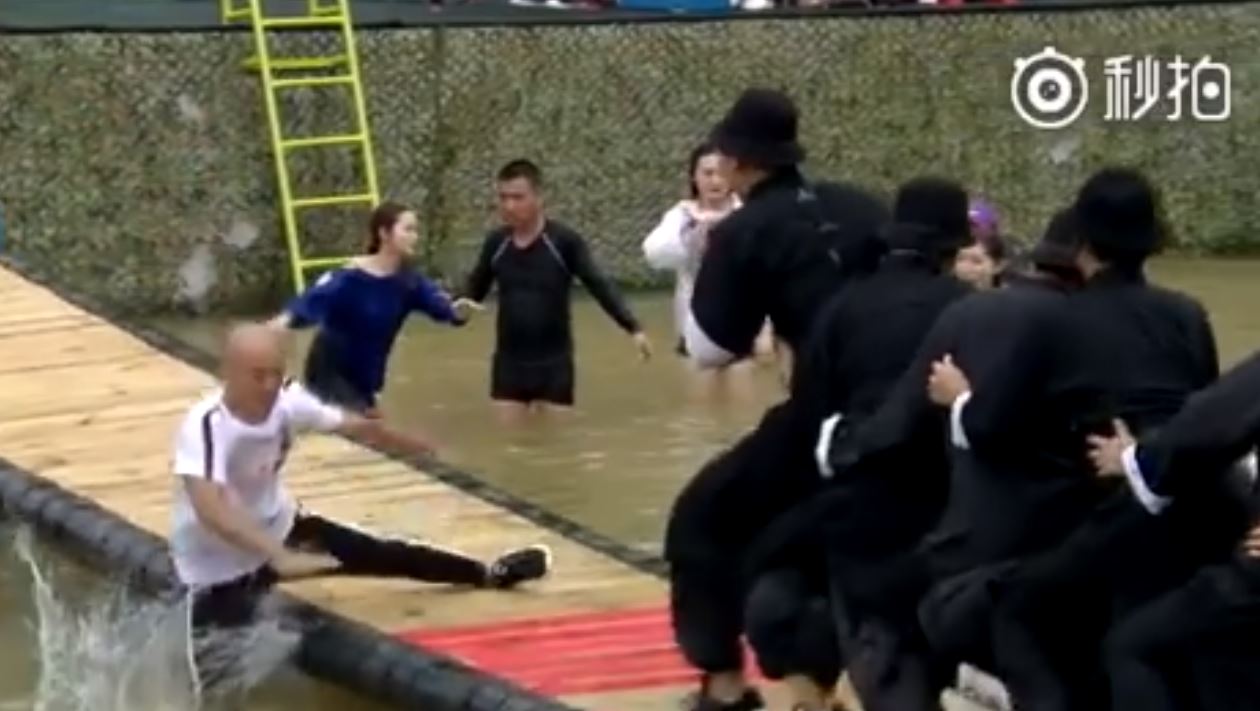 The audience is a bit anxious and at the same time excited. 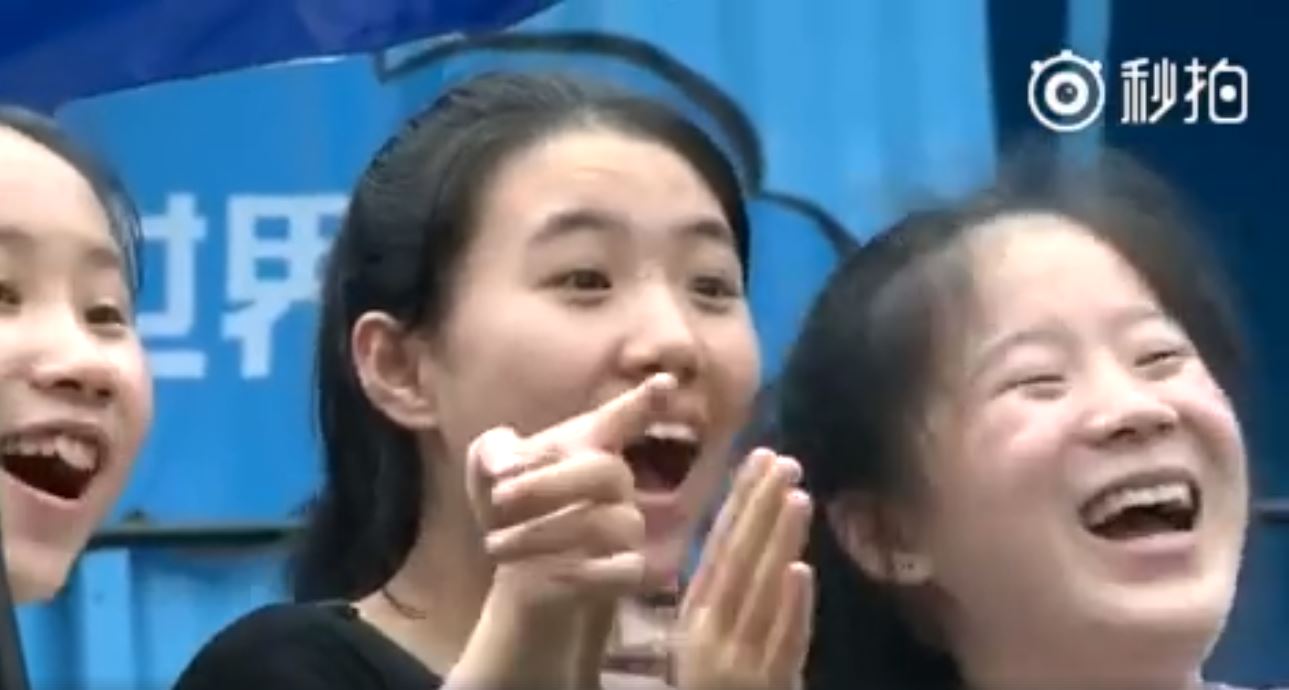