Racism is rampant in every corner of the world today. Some people seem to think that they are above others just because of racial and color differences. However, more and more people are starting to realize and are now standing up against racism. 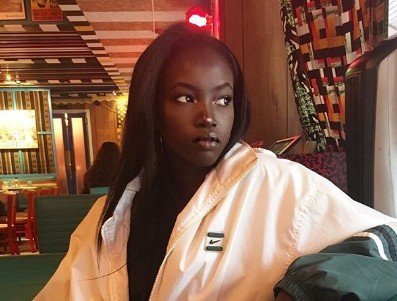 g shunned and looked down upon just because of their race and color. But these people who look down on them should learn to open their eyes, because there is no doubt, that black is definitely beautiful.

Not too mention that most black women are creative, strong, and intuitive. Several black women already made a name for themselves and have earned their rightful spot in the public’s eyes. This is what people spreading racism need to realize.

And to add to that, people are created equal, no race should be above any other race at all.

Anok Yai the most expensive model

Recently, Anok Yai, a girl from southern Sudan went viral and was ranked as both the most beautiful woman on earth, as well as the most expensive model.

Her unique beauty strikes anyone who sees her. People who are spreading racism should start opening their eyes and appreciate the beauty of dark-skinned people more.

Currently, she charges $15,000 per hour of fashion photography. Imagine that. No doubt, companies are all vying to get her attention and save up to afford her. Just her face bringing the name of the company is enough to turn heads and make people more inclined to trust the company.

Anok Yai went viral on one of her photographer’s account. Not long after that, she was signed with a top modeling agency in New York and is now the latest spokesperson of Estee Lauder, a top and sought-after brand of cosmetics.