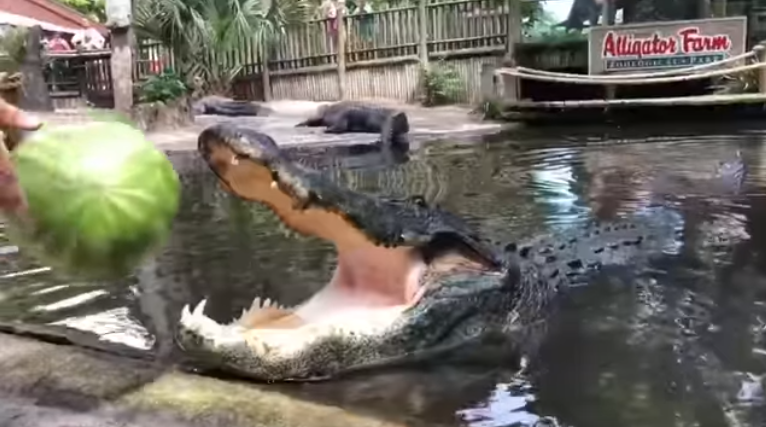 Predators are animals that naturally prey on other animals. Although these predators usually become violent when looking for food, they are also known for harming other animals and even people when they feel threatened.

An example of a predator that people fear is alligators. Everybody knows how hard its bite is when it snaps its long mouth, but we don’t often see them in action.

A video from St. Augustine Alligator Farm Zoological Park showed people just that. How an alligator bites its prey and how the intensity of the bite can shatter even a watermelon.

Alligator eats watermelon with one snap 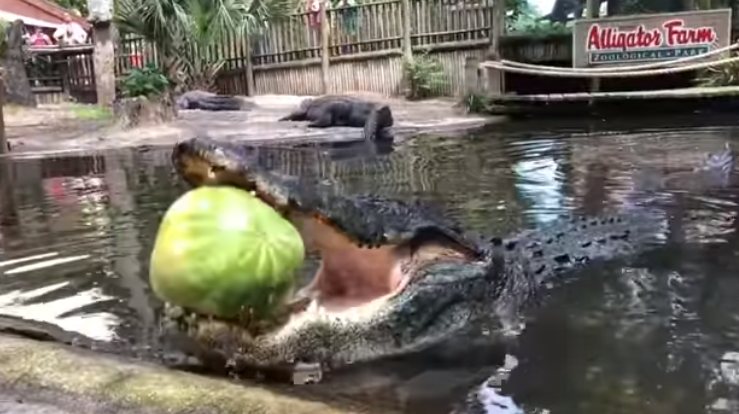 Bomber, an alligator from the park is the star in the video NBC Montana released. Bomber sure is the bomb as the video reached 26k+ shares and counting.