Cops in Santa Maria, Bulacan in the Philippines recently went viral for the wonderful act of kindness they bestowed on a security guard who uses a kiddie bike as his ride to work. After seeing him struggle a lot of times with the small bike, the cops contributed some money from their own pockets to give this hardworking security guard a bike suited for his size. 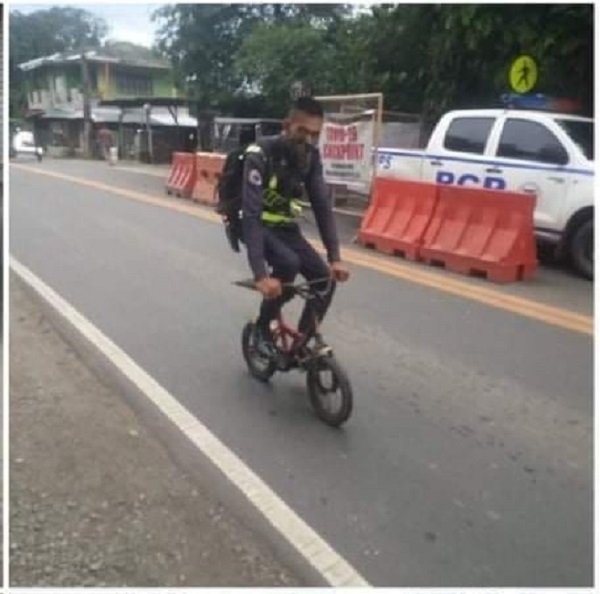 Victor de Guzman lives in Santa Maria, Bulacan, but works in Norzagaray, Bulacan, some 10 km away. Due to the COVID-19 travel restrictions, de Guzman decided to ride a bike to work. But it appears that he had no money to buy a bike that is suited for his size; thus, he kept using a kiddie bike as his ride. 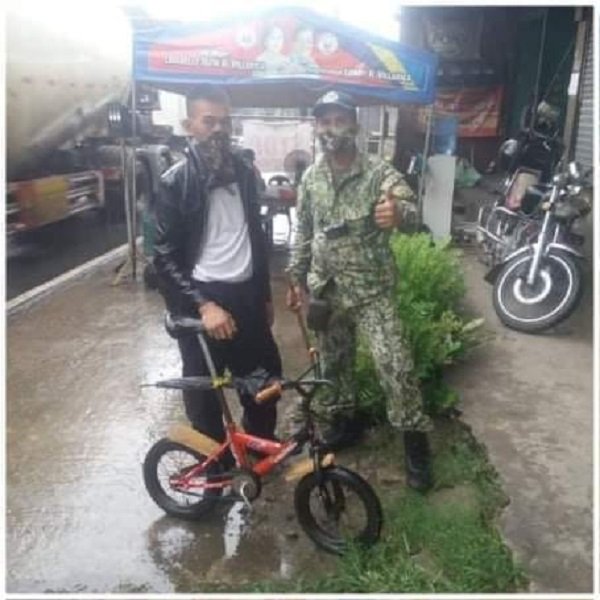 The small bike was difficult to use yet it was all that he had. Every day, he would use the bike to work, riding it without proper gear because it really can’t be fitted with much gear. Moreover, it would not even brake properly – and the security guard had to use his feet to brake! Ouch.

Police Staff Sergeant Melvin Rogero noticed the security guard struggling a lot of times as he passes through the checkpoint. So, Rogero told the other policemen about his plan to buy this security guard a bike. 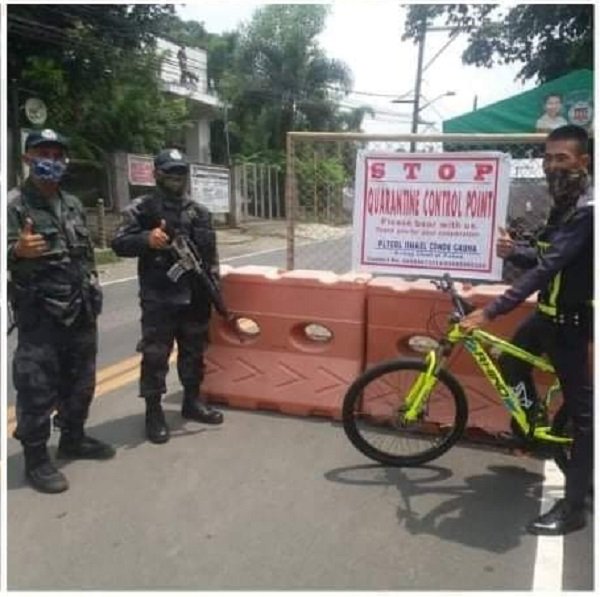 Everyone was happy to help. They were able to gather enough funds to buy an adult-sized bike for de Guzman. So, the next time he passed by their checkpoint with his small bike, they were ready with the surprise. 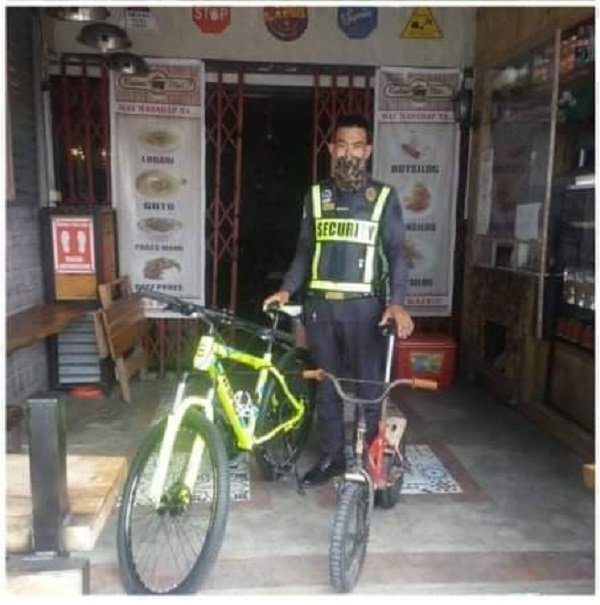 The mountain bike is now perfect for the security guard! He is able to cycle in safety and wouldn’t have to worry about breaking his back and his legs on that small bike.