In these hard times, a lot of people are losing jobs as companies are forced to cut down on their workers because they no longer have earnings. But stories of kindness and hope continue to inspire the community – just like this FoodPanda rider who was spotted giving food to a sleeping homeless man, without asking for anything in return.

The unnamed FoodPanda rider was seen in one of the streets of Kuala Lumpur, Malaysia, carefully placing a bag of food behind a sleeping homeless man. The rider did not even try to wake him up or take a selfie as he placed the bag of food. He simply put the food there and quietly went back to his ride. 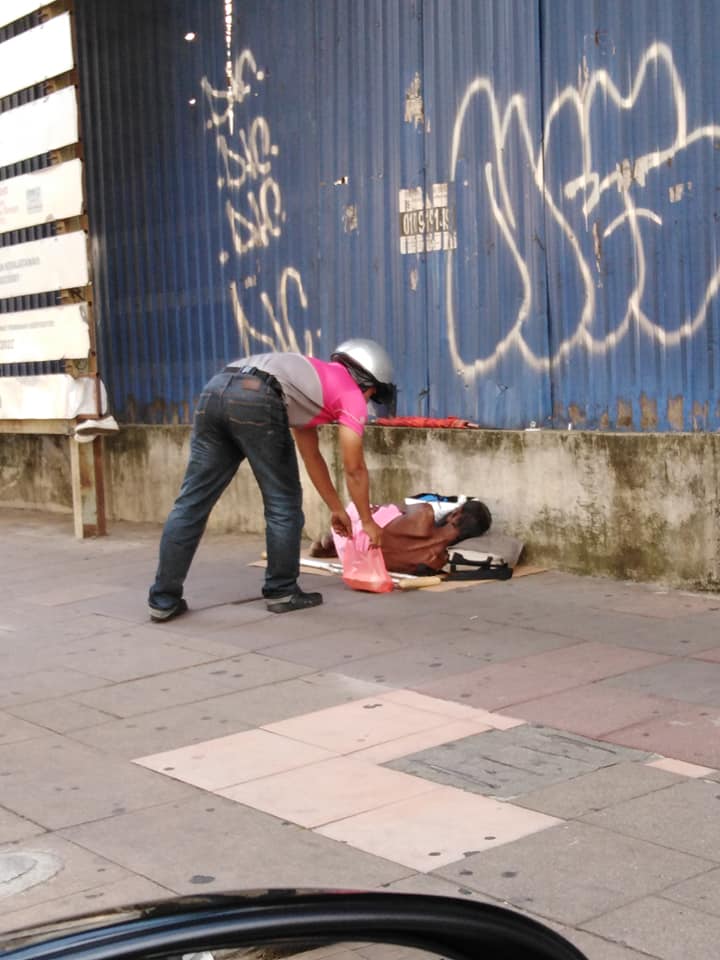 But the good deed was captured on camera by a passing motorist who admired what this FoodPanda rider had done. In a post on Facebook page, We are Malaysians, the kind guy’s good deed was praised by the community.

What is so heartbreaking is that the homeless man looks so thin that it was clear he does not get to eat enough food every day. Perhaps this meal from the FoodPanda rider is the best one he’s ever had in years! This bones are protruding from his back, but the poor guy will soon wake up to this delicious food from the kind rider. 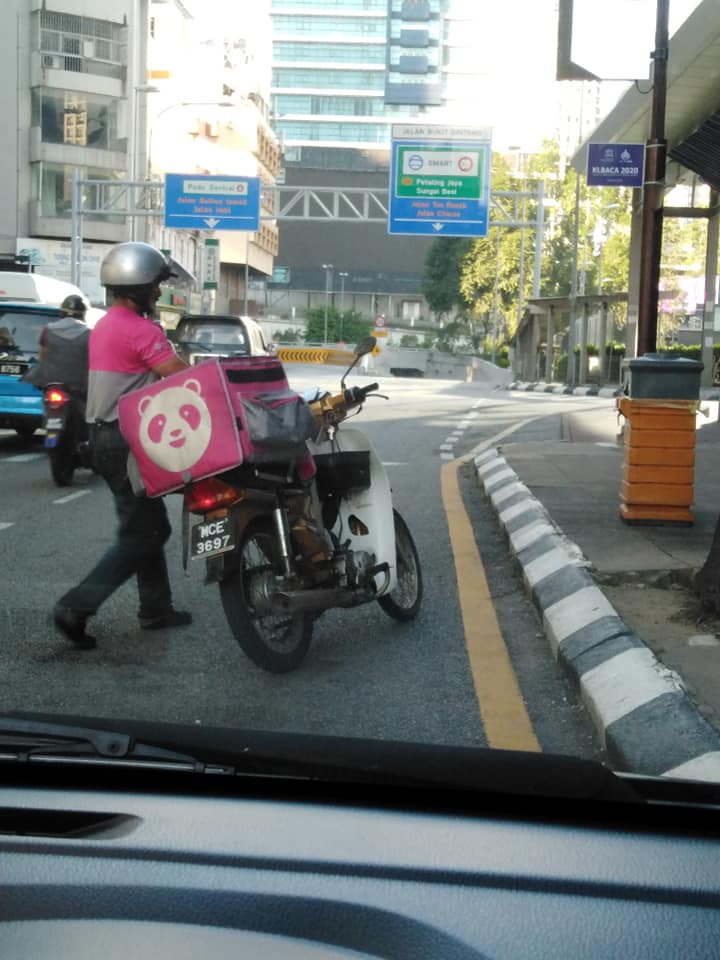 Many netizens expressed admiration on the FoodPanda rider, particularly because these riders don’t earn a lot of money. Yet despite his meager income, this guy still managed to spare some cash to buy food for this less fortunate man.

Some people think it was food that was canceled by a customer. Others think he really bought the item for the homeless man after seeing him there, looking so pitiful. Whatever the case might be, it is heartwarming to witness this beautiful gesture. Faith in humanity restored…