A lot of foreigners actually visit the Philippines not just for the beautiful sights in the archipelago but to marry a Pinay/Pinoy they met on online dating sites or even on social media sites like Facebook. But while many found true love and ‘lived happily every after’ with their Filipino spouse, many also ended up with a bad experience after losing their money to a gold digger.

It seems that this is what happened to a foreigner who was found living in a shack in Sitio Daorong, Danao in Panglao, Bohol. 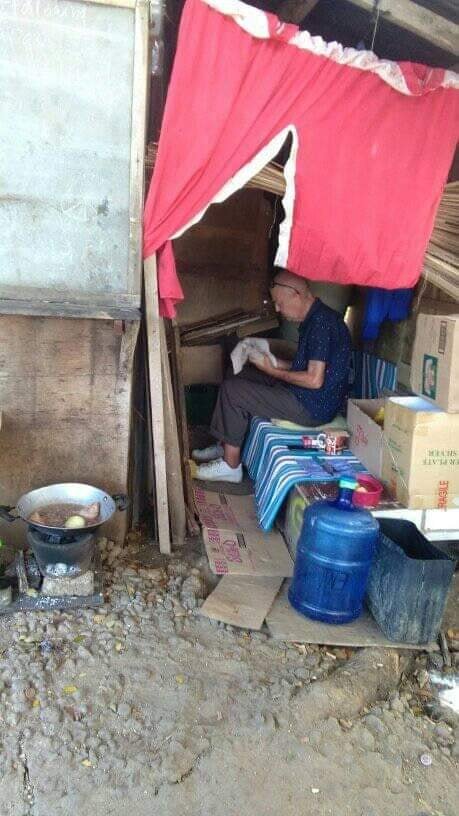 Shared on Facebook by many netizens, including Solyn Calderon, photos of the foreigner showed him living in a shack that was so small that he can’t actually stand up inside. He has to continually crouch when he is inside his house. But that’s just one of the many problems he has. 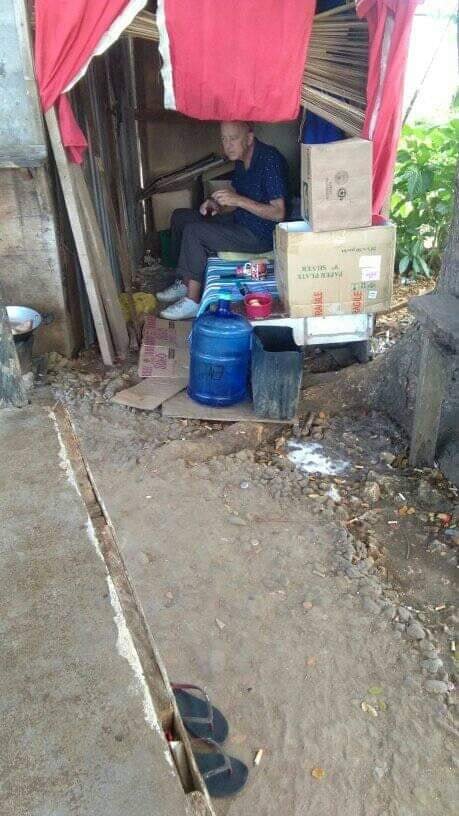 The shack might put a roof over his head and afford him some privacy, but it is clearly not a safe and comfortable place for him to stay. The makeshift bed is too small that only his upper body could fit. So, he sleeps sideways, either curled up or with his upper body on the bed while his legs stretch out over empty space. 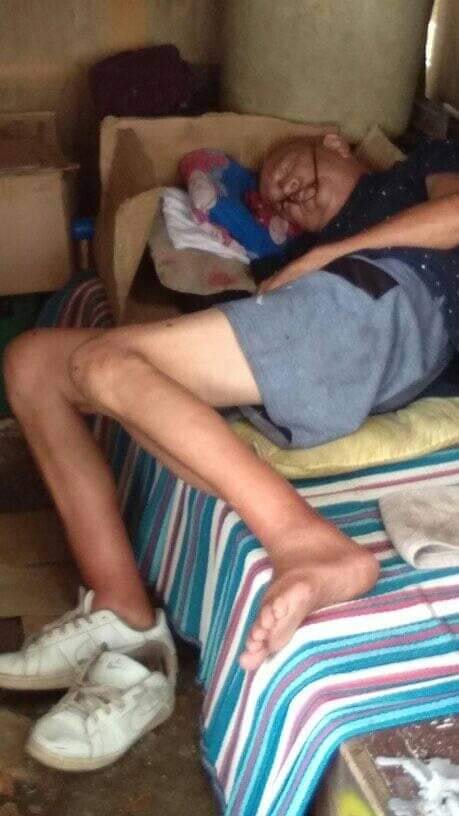 He has some boxes as closet, while a pink curtain covers the doorway to his humble abode.

At the entrance, a clay stove makes up his entire kitchen. He probably uses the bed as the makeshift chair when he eats.

This foreigner’s condition is so pitiful that many netizens hoped his plight would soon reach his government through the embassy. According to a certain Mark Tampus, he has seen the foreigner at his hometown, begging for some money.

Seeing that he is old, many are hoping he could be saved soon. Many expressed anger over his situation, saying that this was likely caused by a gold digger Pinay.