He lost his job amid the pandemic but Tatay Junior Mendoza found help in many Good Samaritans who took pity on his condition, especially after learning that he has been walking for weeks!

Peypey Wage David was among those who first met Tatay Junior as he journeyed towards his home after losing his job due to the COVID-19 crisis. Looking tired and hungry, Tatay Junior was provided with food by the kind crew of a McDonald’s outlet in Dau, Mabalacat in Pampanga last June 24. 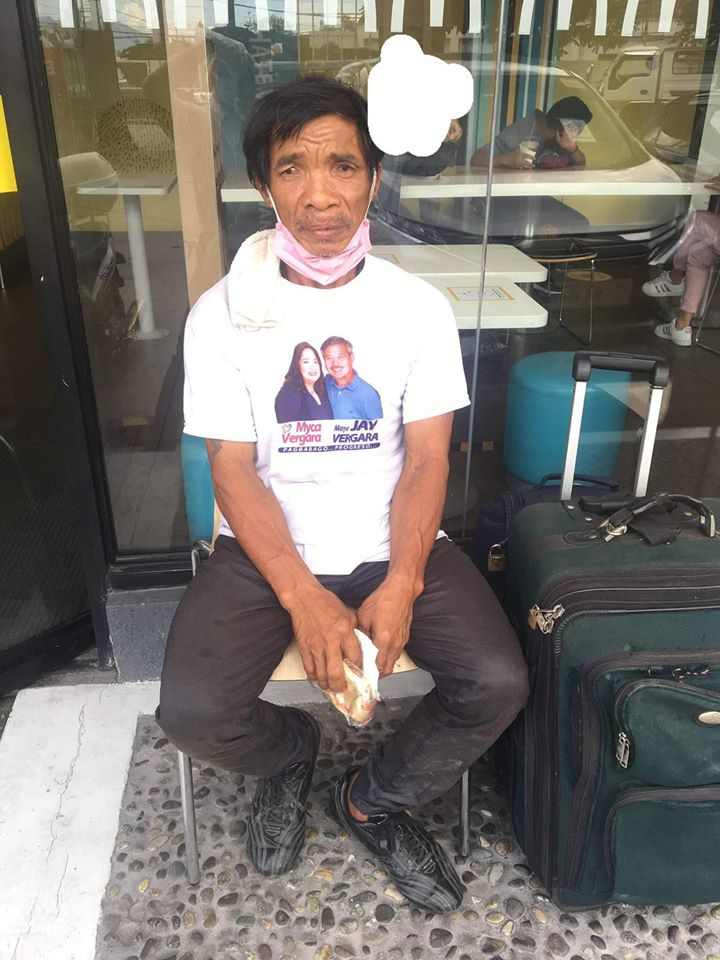 According to his post on Facebook, Tatay Junior looked so tired and helpless that they could barely understand what he is saying because he had difficulty talking. But they believe he is on his way to Silang, Cavite after losing his job in Nueva Ecija.

Based on what he told them, Tatay Junior had been walking for 8 days before he reached Mabalacat. No wonder he looked so tired and had difficulty breathing. The McDonald’s crew offered to let him rest at the restaurant and provide him food until he is well enough to continue his journey.

They even tried to find a way for him to get a ride closer to home, but they were surprised to see him gone after he finished his breakfast.

It was on July 29 that another netizen posted about Tatay Junior. This time, he went to another McDonald’s outlet near SM San Fernando, Pampanga. 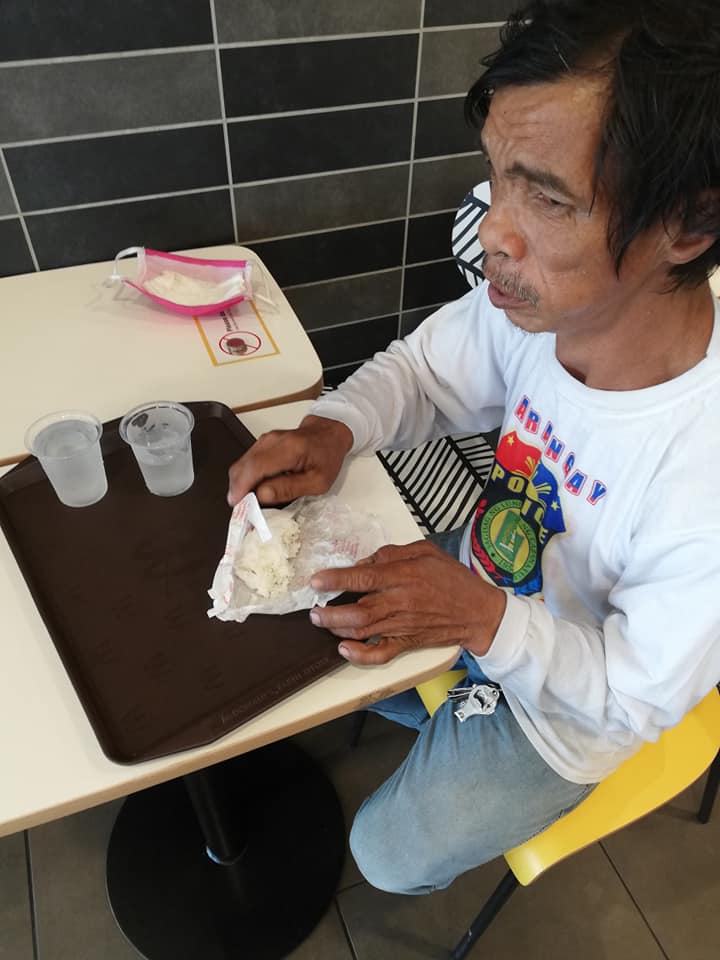 Earl Archievan Calixtro shared that he was eating at the fast food chain when he noticed Tatay Junior enter. The old man ordered just rice and asked for water. Seeing that he didn’t have food, Earl offered to buy him more.

When he came back to the seat, Earl was happy to see that Tatay Junior was already eating chicken fillet given by the crew. So, he had the food he ordered for Tatay Junior wrapped so the old man could bring it along on his journey.

Again, they had difficulty understanding what he’s saying because his voice is hoarse and he has trouble breathing. But they think he said he’s heading to Tacloban as he was not able to find a job in Pampanga. 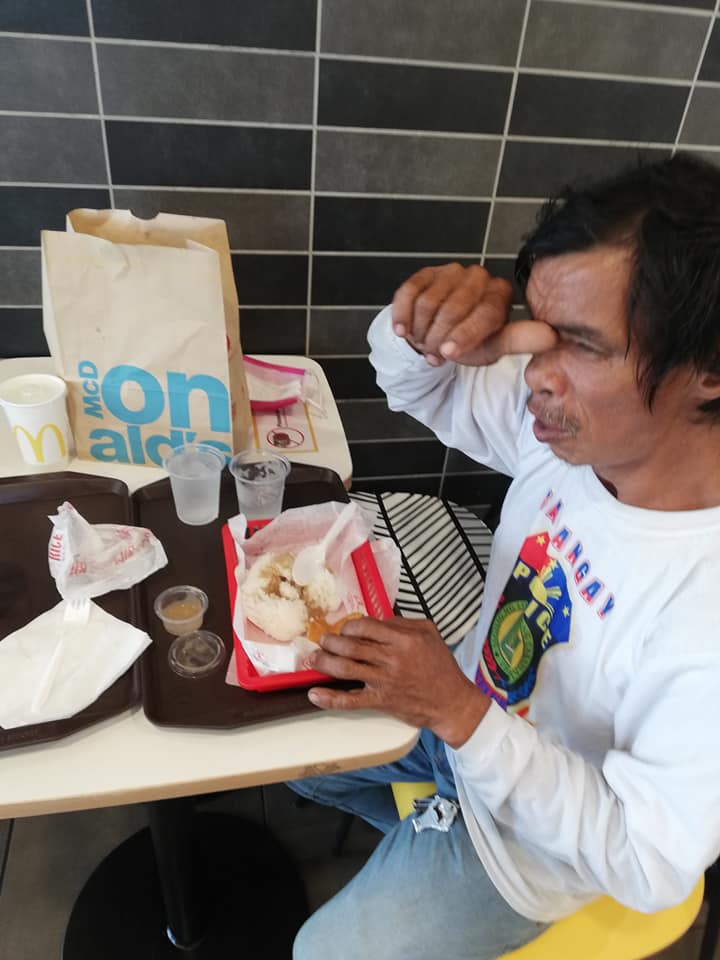 Some netizens think it is curious that his story differs in the two posts but perhaps the misunderstanding is due to his difficulty in talking as he appears to be so tired in both occasions. It is also possible that he did lose his job in Nueva Ecija but tried to find a new one in Pampanga so he’ll have money to feed himself and eventually go back home…