Adidas shoes might be expensive, but one guy readily gave away one pair to a Lalamove rider with damaged shoes – and the kind deed has gone viral, earning praise from netizens who felt inspired by his kindness.

The guy’s kind act was shared by his girlfriend who was surprised but also so surprised by his decision to do this. 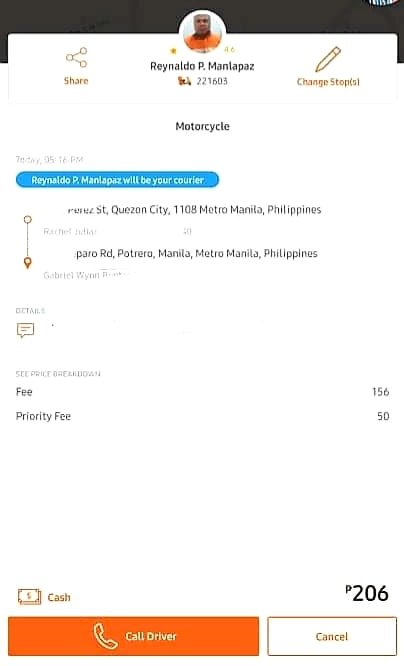 Rachel Julian lives in Pansol, Quezon City. She was able to buy cat food for the cats she and her boyfriend own at their separate households but because Gabriel Wynn Bugtong lives in Caloocan, she had no idea how she can bring him the cat food amid the enhanced community quarantine imposed in Metro Manila.

Finding a rider to bring the cat food from her house to Caloocan proved to be a difficult task, despite the offer for an extra Php50 tip to anyone who accepts the booking. Rachel spent hours trying to book from various apps, to no avail. 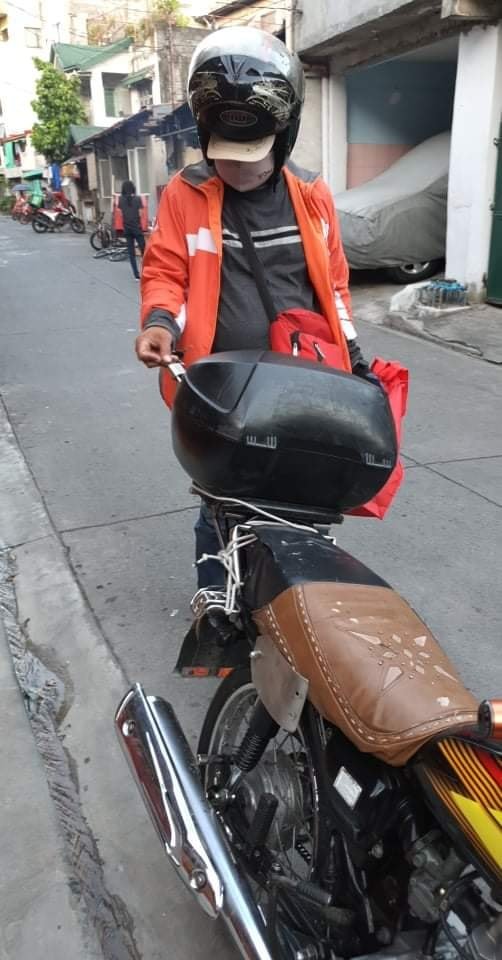 When someone finally accepted the booking, Rachel was ecstatic; especially because her boyfriend’s cat is running low on supplies.

It was not until some hours later that a rider finally accepted the booking. But when the rider, Reynaldo Manlapaz, arrived at her home, Rachel felt heartbroken to see his damaged shoes. The pair had seen better days. 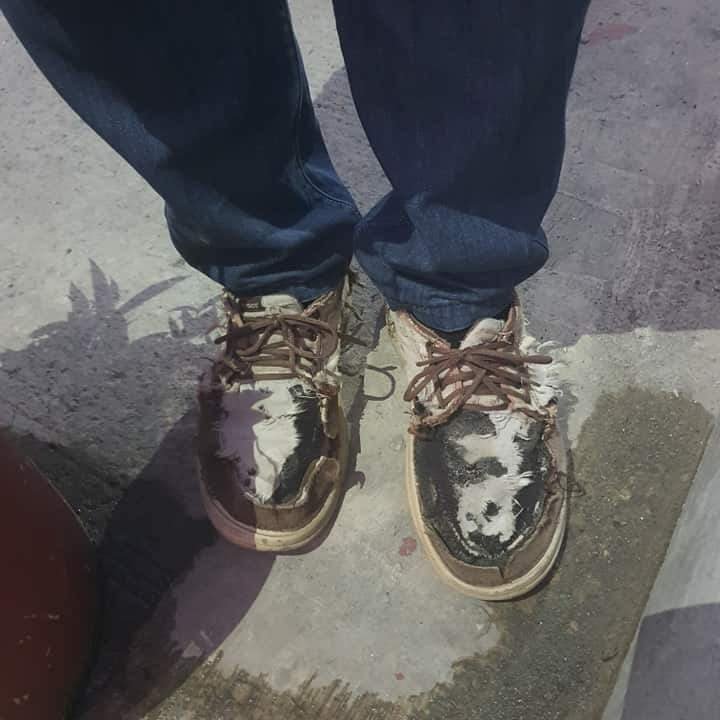 Back at home, she messaged her boyfriend to tell him about the rider’s shoes – and Gabriel immediately offered to give the guy a pair!

Needless to say, Reynaldo was surprised when the customer had box ready for him when he finally arrived at the destination. It was also quite lucky that the shoes fit him! Yay! 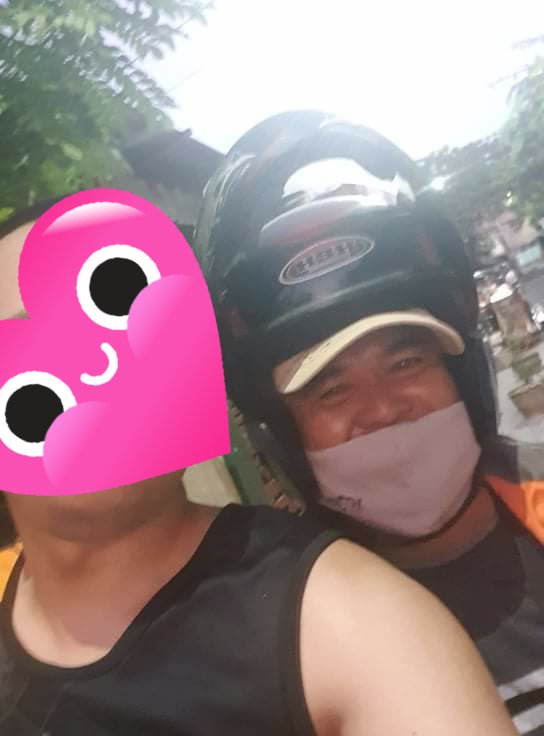 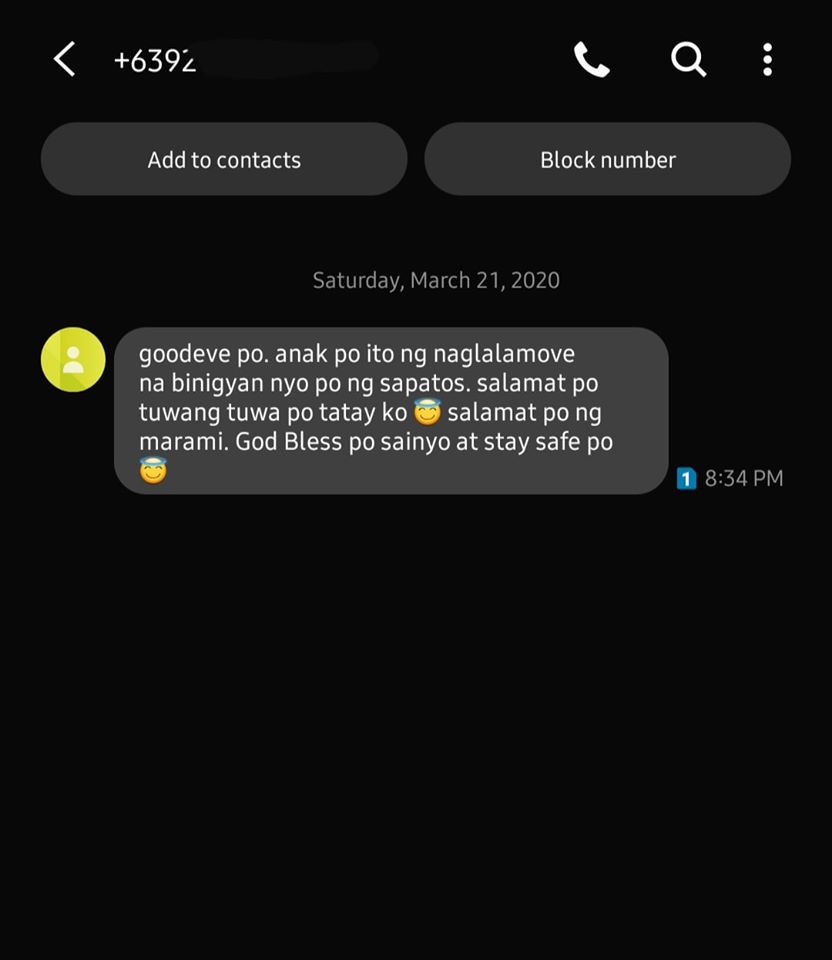