It is a sad reality that many of us easily judge others by their looks and the way they dress up. Those who look dirty and tired might be categorized as homeless and beggars while elegantly dressed people are seen as rich, even when they don’t actually a penny to their name!

Recently, an old man went viral after people at a pawnshop and remittance center thought that he is a beggar. Looking tired, dirty, thin, and carrying something wrapped in a brown jacket, he was easily judged as a beggar. 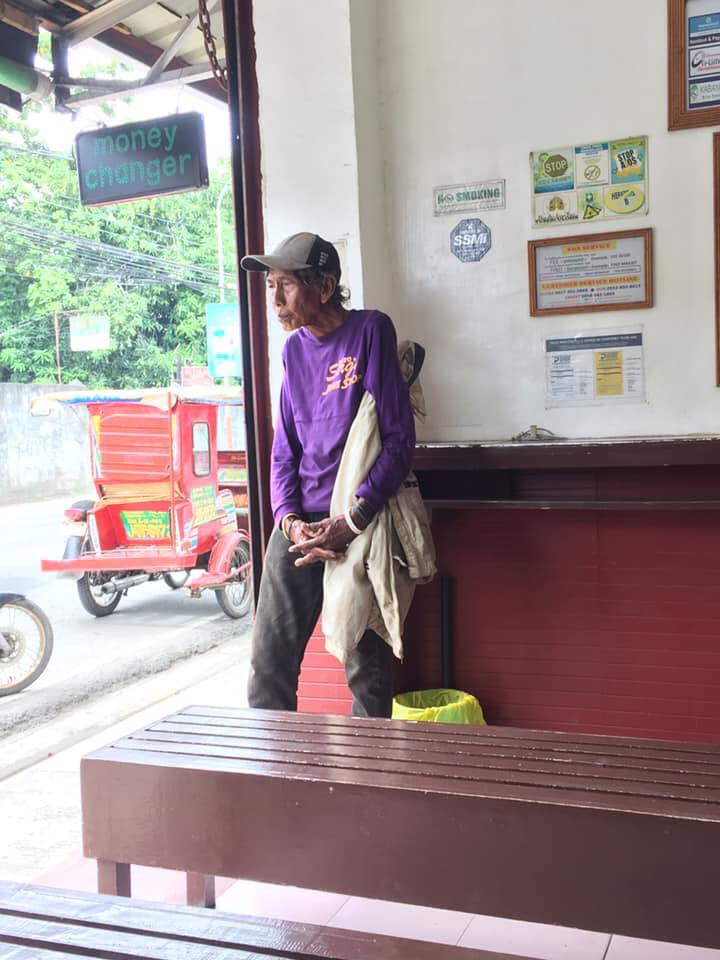 He stood at the corner of the pawnshop and remittance center, mostly ignored by the other customers. Many tried to stay as far away from his as possible, just in case, he would ask them for money. But they soon felt ashamed of themselves when the old man was called to the counter.

It turned out that he’s not a beggar but most likely a construction worker or works for some other job that involves manual labor. His unkempt appearance made people judge him as a beggar, yet he did not mind them because he was actually sending money to his family back home.

In a post that went viral on a Facebook page, The Nation, netizen Del Heartman RCrim shares a photo of the old man and the story that touched so many people’s hearts.

“TRENDING: “I thought he was a beggar but I was wrong.”

This man is standing in a certain money sending establishment in the Philippines and was initially thought a beggar by others because of his appearance.

To their surprise, the old guy with appaling clothes was waiting for his turn to get his receipt from the counter.

Apparently, he just sent money to his children. This is what we call a “father’s love”. ❤”