In the Philippines where majority of the population lives below the poverty line, many face that sad reality of having no pension after retirement. In fact, many old people don’t even experience retirement because they never held stable jobs that offered a retirement package – and most don’t have any money to spend even at their old age.

Thus, many old people can still be seen working in the streets or for some other job, instead of resting and relaxing as they enjoy retirement. Since many also have families to still support, even at their age, a lot of these old people never stop working. 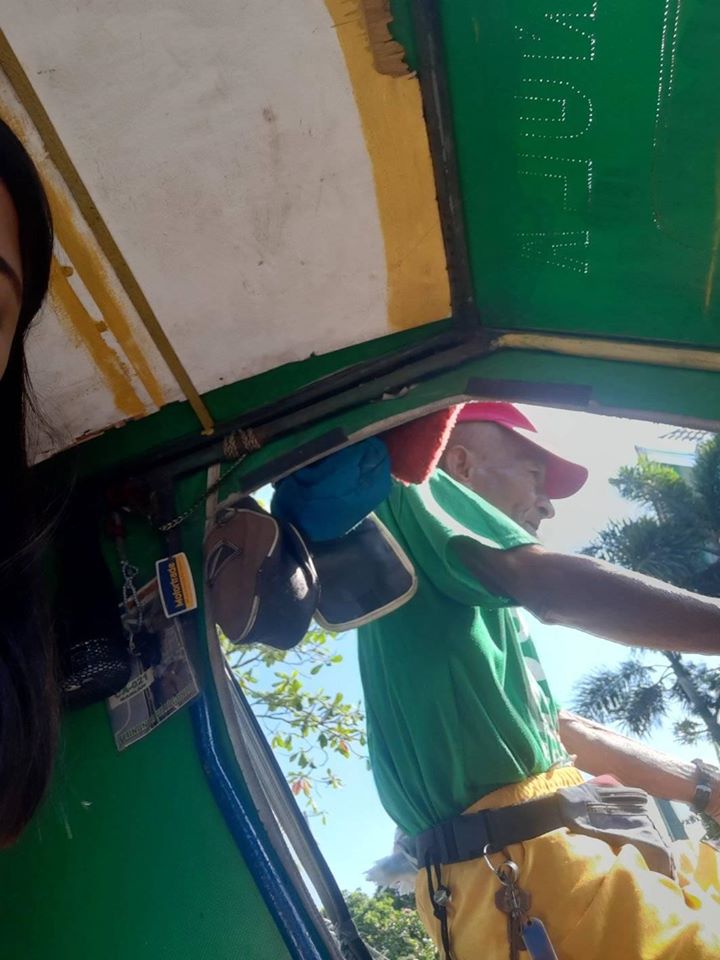 A netizen recently shared photos of the old padyak-pedicab driver on Facebook group, Taga Cavite City ka kapag…… According to Joana Karyl Alforte Arce‎, she rode the padyak-pedicab of this old man and was curious why he is still driving despite his age.

The old man was later identified by friends as Tatay Fernando Villagonza who lives with his wife in Quadra Barangay 22 in Cavite City. According to neighbors, the couple don’t have children. This is the main reason why despite being old and tired, Tatay Fernando continues to drive his padyak-pedicab.

See also: People Thought He’s a Beggar, But This Hardworking Man is Sending Money to His Family

Touched by what she heard, Joana shared some of their photos on the Facebook group. Soon, many locals offered to help. Some sent money to Joana so she could give them to Tatay Fernando but others even personally went to this house to deliver some goods!

One of these is Angela Mojica II who went to Tatay Fernando’s house with some sacks of rice, canned goods, and grocery items.