In these times of uncertainty, a lot of workers have lost their jobs and don’t know for certain what they would do to feed their families until the end of the lockdown. But even those with money fear what could happen in the coming weeks – and many turned to hoarding and panic buying.

For many days, supermarkets were filled with worried shoppers. Those with plenty of money had their carts filled with various goods to last them at least a couple of weeks but there were also those who could only buy a few items. They wish to have more, of course, but their limited resources could only buy so few. 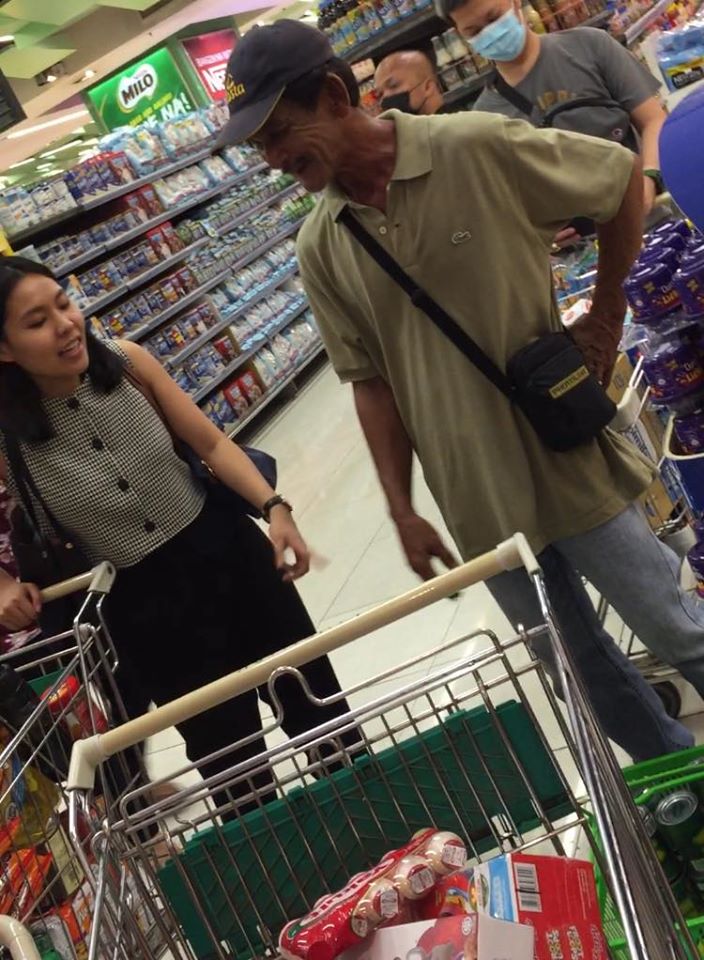 Netizen Lane Blackwater shared the heartwarming moment she witnessed at a Landmark supermarket. Amid the hoarding, with so many people bringing shopping carts overflowing with groceries, there’s an old man who also lined up at the counter. He patiently waited for his turn despite the others taking too long in the queue because of the many items they bought.

There were only a few canned goods and some small bottles of alcohol inside his basket. A young woman spotted his basket and told him to get some bread and coffee because she’s paying for his grocery. Surprised, the old man reluctantly went back to the aisles to find some bread.

When the old man went back with just two pieces of bread, the young woman urged him to get some other items. She’s paying for everything and he should get more food for his family. When the old man went off again, the woman told her companion to get other food items, some toothpaste, and other items his family would surely need during the lockdown. 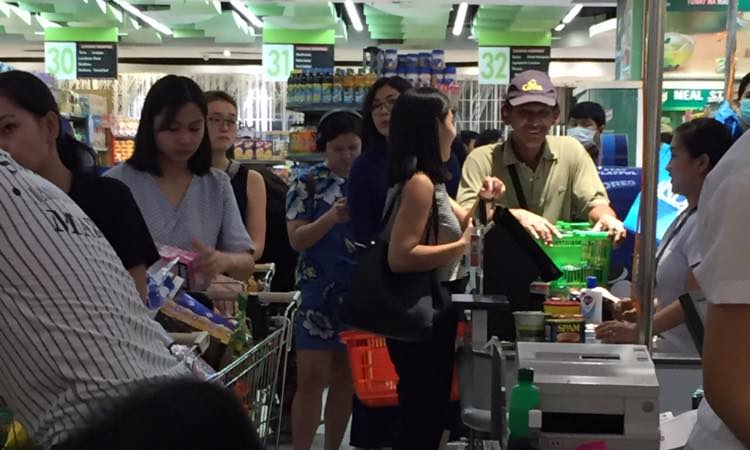 Kudos to this young woman who made this old man and his family happy. God bless you more po…