There are actually quite a lot of artists who are talented but just don’t have the right connections to become famous. Many of them might even have better talent than famous painters and artists but resort to selling their goods in the streets, out of poverty or because they didn’t have the chance to be featured in an art gallery.

Recently, a kindhearted netizen shared a photo of a talented old man who sells his impressive paintings front of Montana Café, Sub-urban Village in San Jose, Montalban, Rizal. Impressed by the excellent quality of the paintings that this artist is selling at a cheap price, netizen Gelica Reyes Llosala posted a photo of the artworks to encourage other netizens to visit the spot and buy some from the old artist.

While Gelica was not able to get the old artist’s name, she learned that he also sells at Manila Hills and only brings his art at this spot near Montana Café for around three times a week. 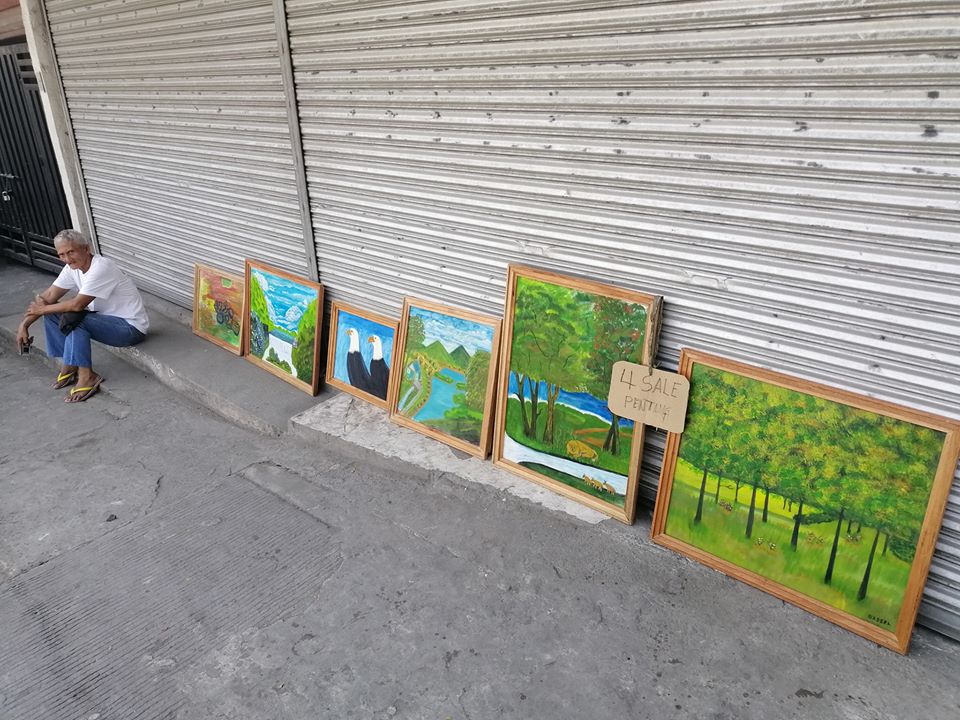 “Not mine. I’m on my way to work when I saw tatay selling his masterpieces. He allowed me took pic of him with his paintings. Let’s support those who make art for living. Item ranges from more or less 500 pesos according to tatay.”

See also: People Thought He’s a Beggar, But This Hardworking Man is Sending Money to His Family

Because the old artist is not there every single day as he also brings his paintings to Manila Hills, Gelica encouraged netizens to coordinate with the old artist’s daughter, instead. She admitted that she can’t also handle all the messages being sent by netizens to inquire about the paintings; thus, it would be best for everyone to contact Ma’am Mary Ann Nadera Gallebo, instead.

Still, netizens admired Gelica for the post and thanked her for making this old artist go viral. With over 20k reactions and 12k shares, it is likely that this old artist has finally found his exposure and could sell more of his impressive artworks now.