With thousands of patients still being handled at hospitals in Wuhan and neighboring cities, overworked doctors don’t have time to go back home to get much-needed rest. They have been working almost non-stop since the outbreak started late in December 2019 and early January 2020.

Photos of overworked doctors taking turns sleeping on the floor and on chairs broke netizens’ hearts. And as China struggles to contain the virus and find a cure, such moments will remain a common sight in overpacked hospitals.

Forced to work non-stop in as much as their bodies could handle, doctors and nurses in many hospitals filled with novel coronavirus (nCov) patients had to wear diapers because they simply did not have time to go to the toilet.

These hardworking professionals are being hailed as heroes, with many Chinese netizens are saluting them for their dedication and love.

“They are the true heroes of this country,” netizens wrote as they shared photos of the exhausted doctors getting a few minutes of much-needed rest. 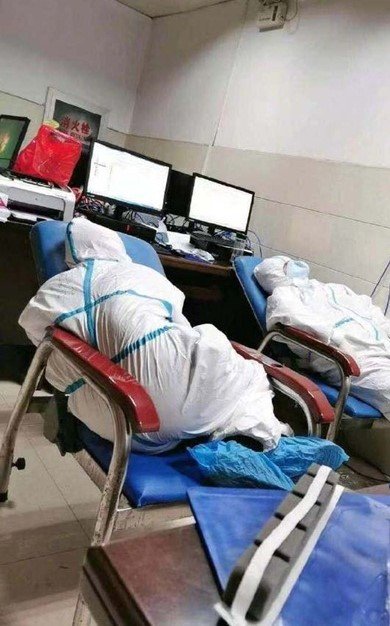 When Wuhan issued a lockdown and closed down its roads from incoming and outgoing traffic, a lot of people complained because they don’t like to stay at home. They certainly won’t be able to earn money if they stop working, but with shops, offices, and industrial plants closed, anyway, there’s really nothing that anyone can do.

There were many who complained about being bored, but other netizens chided them.

“Those who complain that they’re bored at home, look at them [doctors]. They can’t go home. They can’t even sleep on a bed. [Meanwhile], we live comfortable lives. Cherish it,” the other netizens wrote. 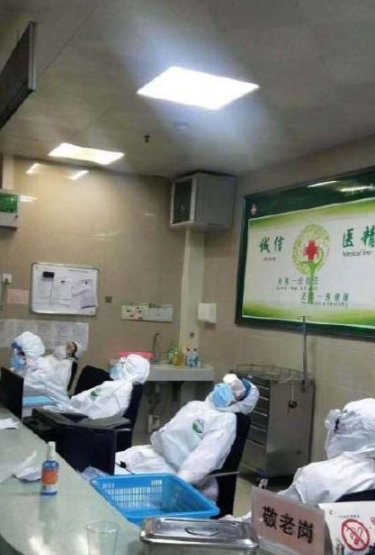 But these sleeping doctors only have a few minutes of rest before they have to go back to their duties again. With patients still lining up and waiting at least 2 days before they get to see a doctor and receive treatment, these doctors still have a lot of things to do in the coming weeks.