The world mourns the untimely demise of NBA legend Kobe Bryant and his daughter, Gianna “Gigi” Bryant, but aside from inspiring stories about Kobe being reported again by many news sites, there is this one strange story about a Filipino psychic RUDY Baldwin who appears to have successful predicted what would happen to him!

In her posts, a Pinoy psychic who posts as ‘RUDY Baldwin’ does not mention a name or specific date regarding the possible events that she ‘sees’, but avid followers would soon tag her after Kobe’s helicopter crash. 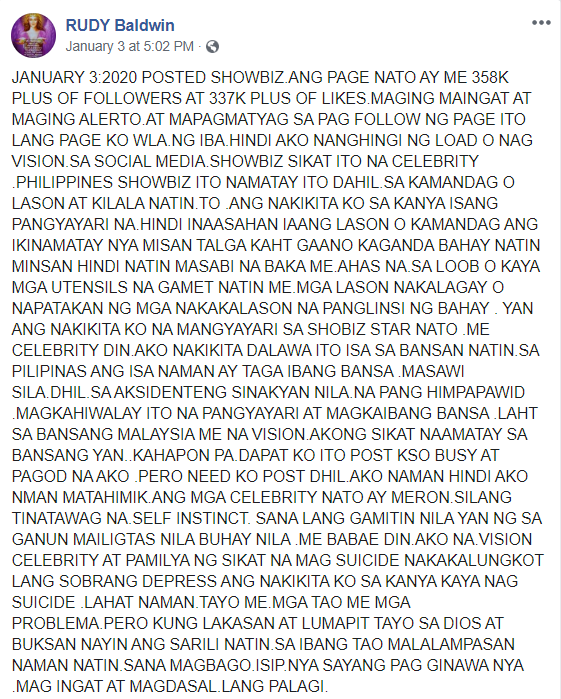 Last January 3, the page posted several ‘predictions’ about celebrities both in the Philippines and abroad.

After sharing about a Pinoy celebrity who loses his/her life due to poison or venom, she also wrote that she had visions of two celebrities who would lose their lives in an accident involving an aircraft.

According to the post, these will happen in two separate events; one of the celebrities is Filipino while the other one is someone from outside the Philippines.

Though the ‘prediction’ was posted last January 3, Madam RUDY’s avid followers believe that she had seen Kobe’s helicopter crash in her ‘vision’!

After all, Kobe Bryant holds celebrity status as a basketball legend after playing for the NBA. 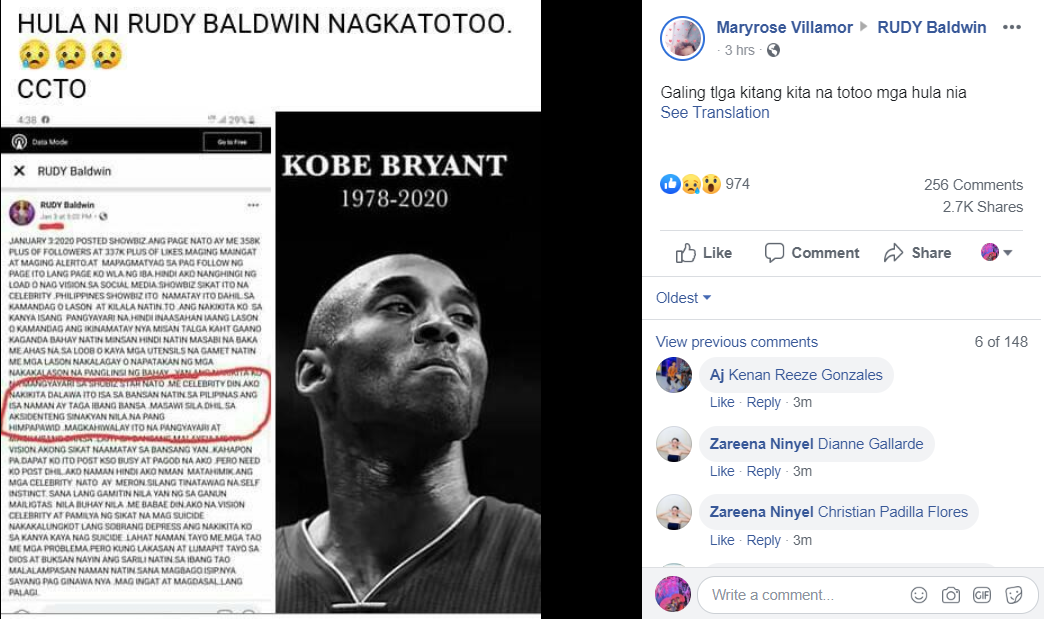 Many are now hoping the other parts of her prediction won’t come true, particularly because these meant two Filipino stars could lose their lives this year due to 1) poison or venom and 2) an aircraft accident.

Some netizens are saying that everything about the ‘predictions’ are bollocks because these are really vague and could simply happen to anyone – but though there would be celebrities we are sure to lose each year, how many do we lose to an accident involving an aircraft, just a few weeks after the prediction was made, huh?