A rescued kangaroo is going viral after it was revealed that she is so thankful for the people who saved her life that she can’t stop giving them hugs. The affectionate animal is identified as 13-year-old female kangaroo named Queen Abi, the sweet name the volunteers gave her. 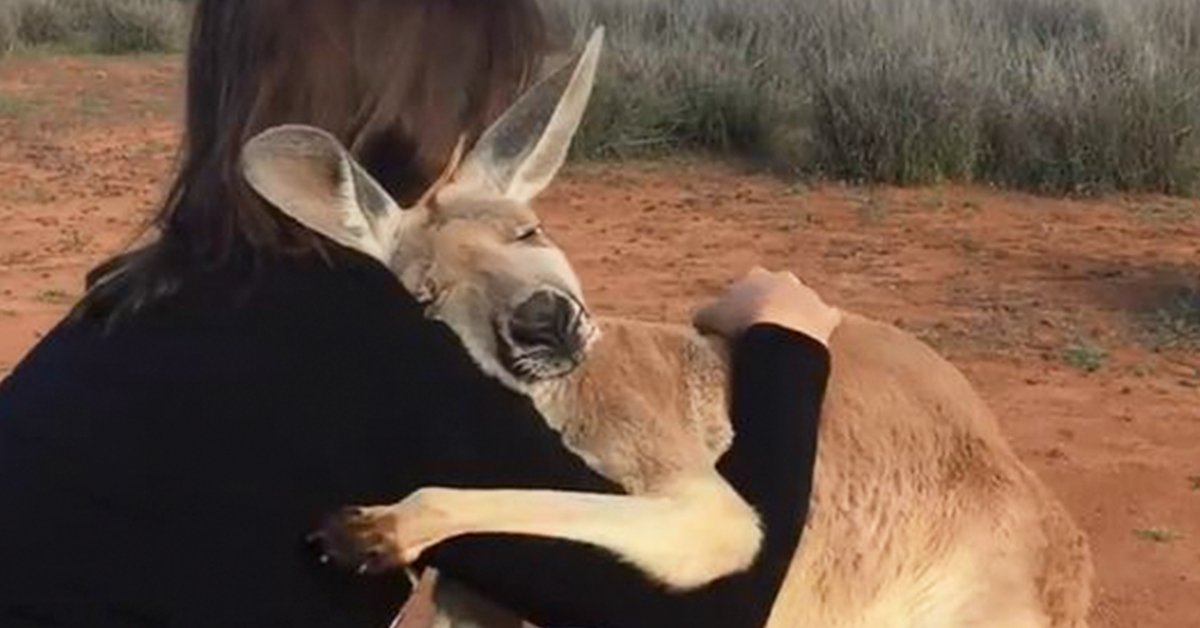 Definitely one of the most affectionate rescued animals in the world, Queen Abi or Abigail to visitors of the facility was one of the countless orphaned joeys in the Australian outback. She was just a few months old when she was found by volunteers to be alone in the wild.

The little Abigail was brought to the Kangaroo Sanctuary located outside of Alice Springs, a remote town in Australia’s Northern Territory. She must have spent many days, perhaps weeks on her own, because the little kangaroo was simply grateful to be rescued. 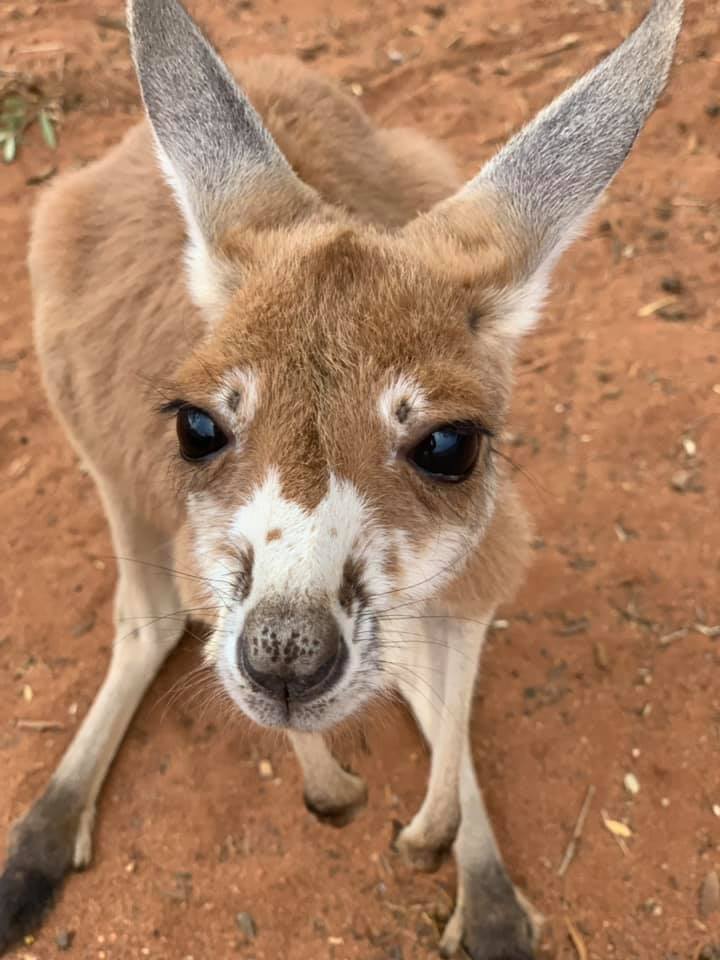 Understanding, somehow, that these kind people had saved her life, Abigail gives hugs to the volunteers – and has made it a habit to start her day by hugging the people who look after her. Even as she grew into an adult, the kangaroo stuck to that habit and continually gives hugs to everyone that the affectionate animal was soon dubbed as Queen Abi. 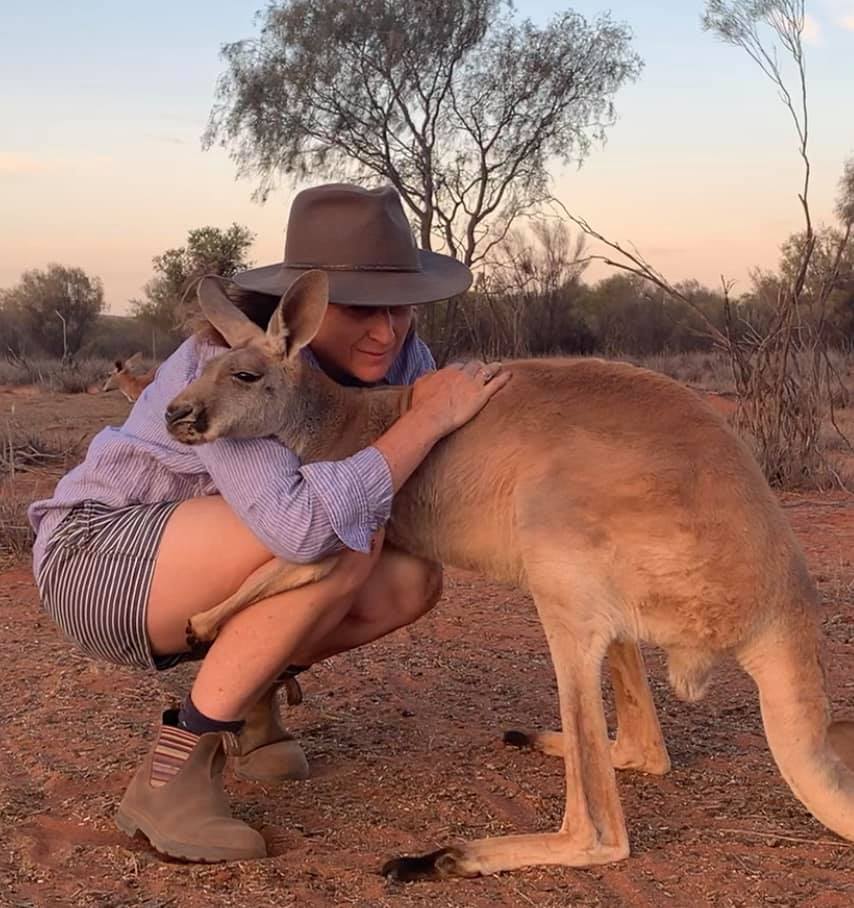 “Abi came to me as an orphan of 5 months old and was quite busted up with cuts and scrapes. And [she] is my only kangaroo who comes up and gives a great big rugby tackle cuddle,” a volunteer wrote in 2013.

And while the sanctuary specializes in caring kangaroos, rehabilitating orphaned joeys from the hunting, and eventually helps them enter the wilderness again, Queen Abi is a special case. She is so affectionate to her human rescuers that they decided to keep her at the sanctuary. 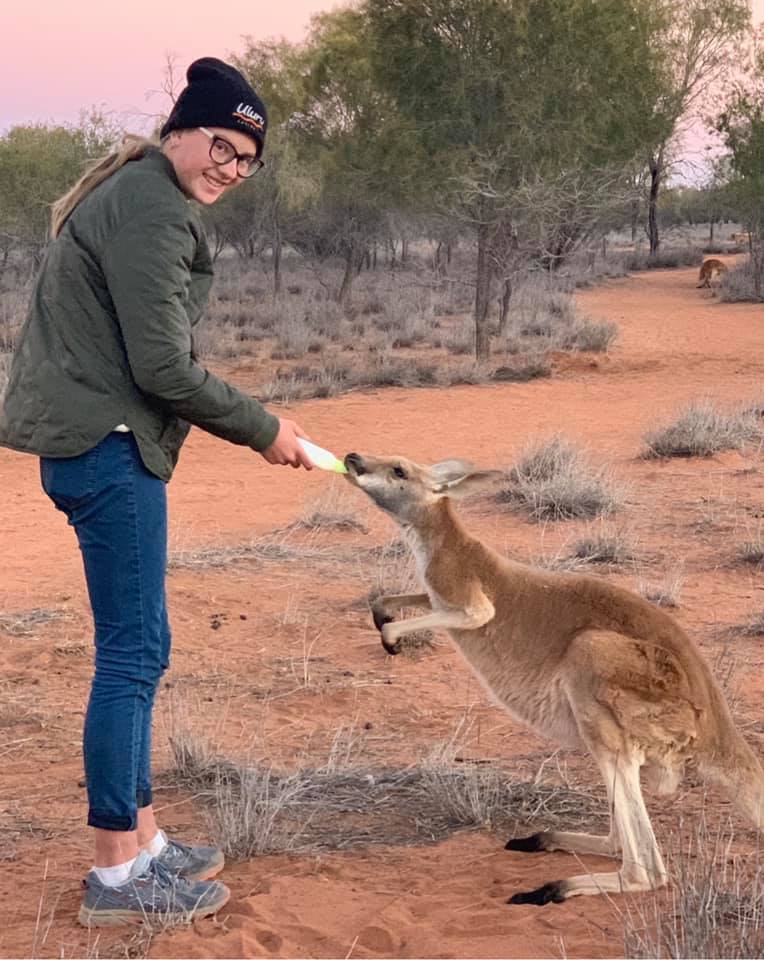 The 188-acre non-profit sanctuary founded by Chris Brolga provides tours to visitors – and if you happen to visit the place, you can get a chance to meet Queen Abi and get a big hug!

While some people think that Queen Abi should have been returned to the wild, her presence at the sanctuary is a strong reminder against the hunting practice that leaves countless joeys alone and orphaned in the outback.

She was alone and scared when the sanctuary volunteers found her but she has found a caring, loving human family. 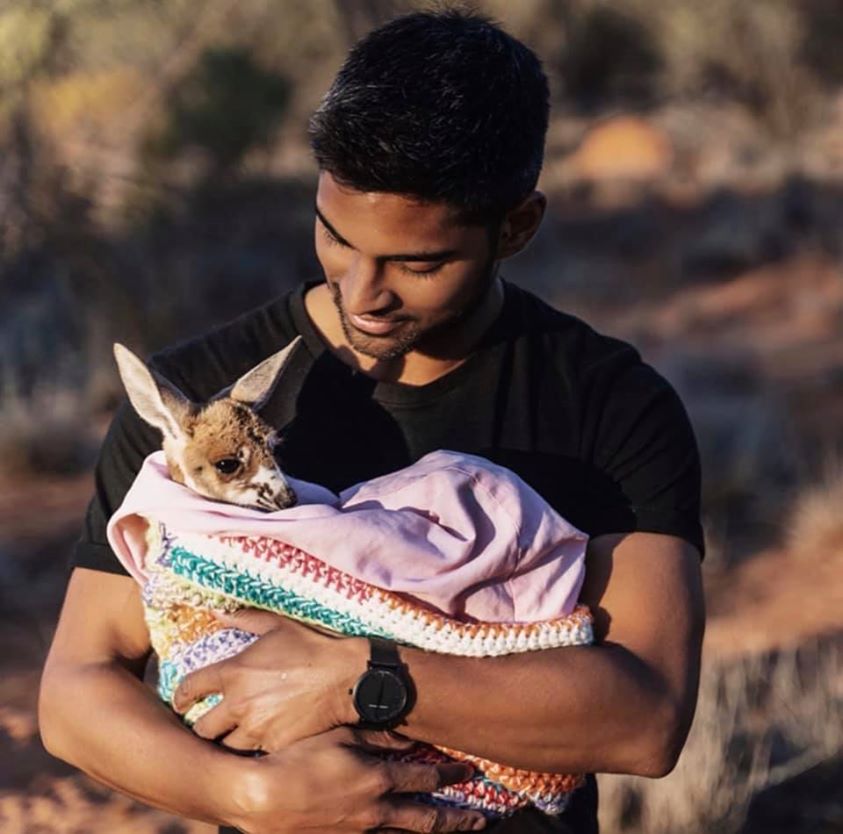 The love and affection Queen Abi spreads to the volunteers and visitors helps raise awareness of the importance of these animals. With that, the sanctuary hopes they will be able to make a positive change.

What do you think of sweet Queen Abi? Can’t wait to meet her soon!