1975 & 2019 photos taken decades apart shows similar accident with ‘the same’ guy, making netizens joke that this must be proof that time travelers exist!

Did this guy figure out how to travel back in time? Well, if that might be the case, which we doubt of course, we can’t help but scratch our heads in wonder as to why he would go ‘back’ to the same road accident. Sigh. We’re as confused as you are, that’s for sure.

It was back in 1975 when three buses caused a major traffic problem after racing each other to be the first one to reach the top of the overpass at Liwasang Bonifacio. 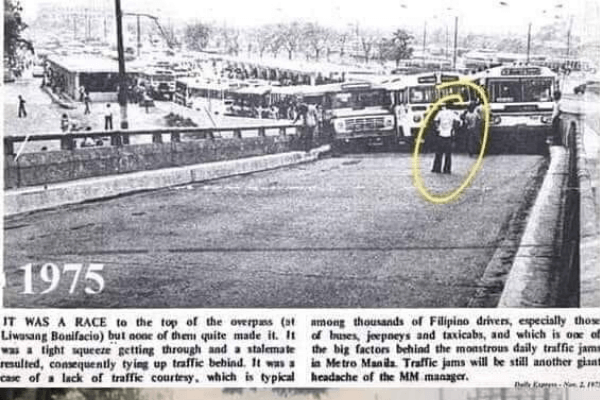 In a newspaper clipping taken from that 1975 incident, the reporter wrote that the three buses were so tightly squeezed into that spot that it resulted in a stalemate, with no one getting through and no one moving back. It tied up traffic for a very long time.